Ask yourself, how many new apps have you downloaded in the past 6 months and kept using for a prolonged period of time? The home screen has become a junkyard of apps and people just don’t download them anymore with the average American downloading zero apps per month. There are thousands of apps doing the exact same stuff in nearly the exact same way.

People ask what’s wrong with apps. What’s wrong is that they’re getting old. No one downloads them unless it’s Snapchat or Uber. There’s the slim chance of momentarily skyrocketing as Pokemon Go did capturing 55 million users in July but to be honest, it’s basically a one-in-a-billion chance (you can forget the classic million). People use apps that already exist and the market for new ones is maturing. In the past 5 years, if you look at the percentage of VC-backed apps with “app”, “mobile”, “social” or “online” in their descriptions, the trend is clearly declining. 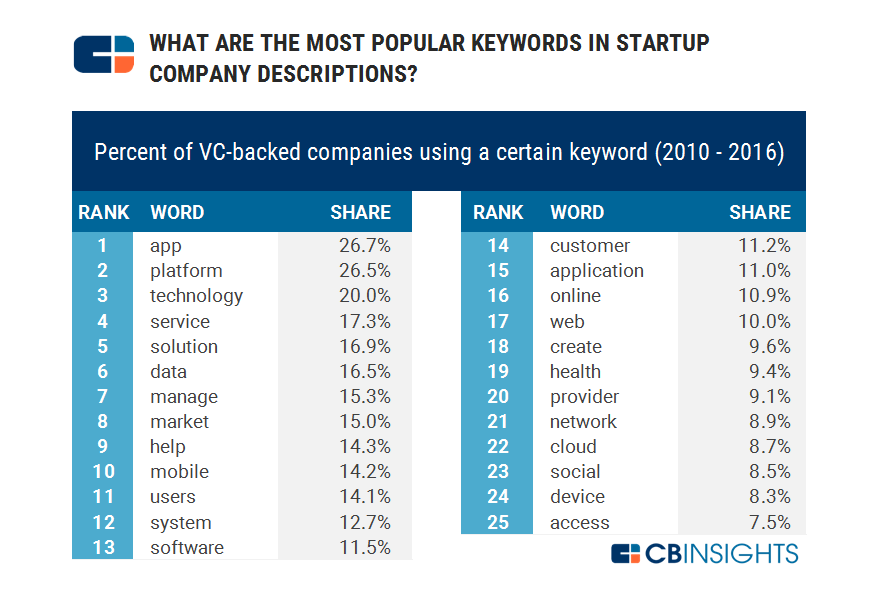 The same thing that happened with browsers is happening to apps. Since the mid 1990s, browsers were the new place for reading news, searching topics, acquiring and sharing information, and producing content. When Chrome came out in 2008 to overtake the browser market, it wasn’t really about the browser anymore; it was what happened within the browser with services such as Facebook. Now, it’s not about the apps anymore, it’s what’s happening within the apps. And these apps are messaging apps.

Business Insider reports that messaging apps are now bigger than social networks. Both Messenger and WhatsApp have over a billion users and WeChat isn’t far behind. Next time you’re in a crowd, take a look at how many people use messaging apps compared to other apps. Information tends to go where people are, and right now people are in messaging apps.

One way information is spread through these apps are bots. In the past few years, there’s been a lot of talk on bots being the new apps. I’m not going to list all the reasons as there’s plenty of resources online to explore. Some, on the other hand, say chatbots are not the new apps through reasoning contradicting this very post. Some say, again, that they are. And so on… I just want to highlight the inevitable trend by looking at the big picture.

Maybe bots aren’t the new apps and they shouldn’t be. Just like Myspace, Facebook and Youtube weren’t the new browsers. Why can’t bots just be the new bots? No matter which side of the fence you are, you have to admit that something’s changing and it’s changing fast. Bots are here to stay, whether you like it or not. We just don’t know exactly how we’ll be using them.

There is politics in every startup, period

Corporations are full of politics, you can only advance your position if you are well-versed in pushing the right…

5 Reasons Why Spectacles Will Succeed Where Google Glass Failed

Spectacles have been all over the news lately, but I think it is important to recap why exactly Google…